Upgrading the Digital Student Experience With the Latest Website Infrastructure

The ever-changing nature of technology is a double-edged sword. Its rapid evolution allows features to be improved. Yet, the pace and the rate of technological advancements can cause websites to become outdated if organizations don’t keep up. Significant improvements in technology behind UW Continuum College’s sites bring key upgrades, such as built-in accessibility and SEO advancements, to the digital student experience. 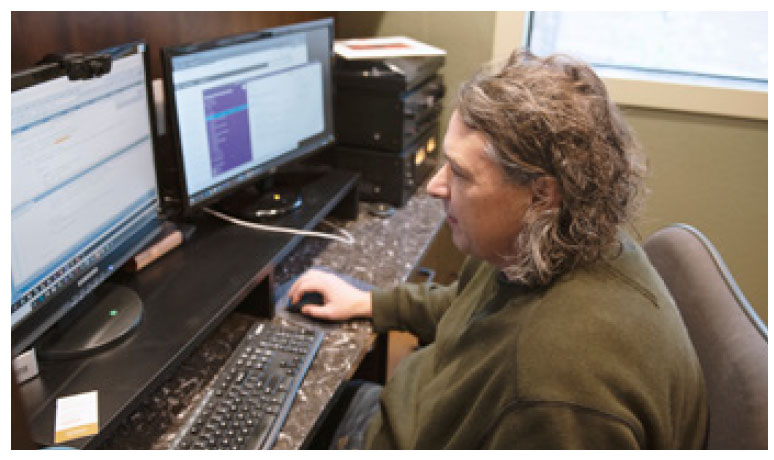 In 2020 UW Continuum College was facing the same problem as many other organizations — operating on an outdated website. Kentico (the content management system used to create Continuum’s websites) was launching a new framework, which meant the company would no longer support the older versions of the system used to maintain Continuum’s collection of sites.

“When Kentico 13 came out, they stopped investing in web forms technology and heavily invested in a new framework called .NET Core,” says Kevin Karasinski, senior lead .NET developer at UW Continuum College. “To be able to continue to operate our sites and take advantage of newer plugins and integrations with third-party systems, we needed to upgrade to that new technology.”

As a result, the team is using that new technology to rebuild 34 degree and special program websites, as well as the UW Professional & Continuing Education website — all managed by Continuum.

Using website optimization tools...showed where some of the big red flags for accessibility and page performance were and we were able to address those.

HOW THE TEAM SOLVED

Much of 2020 and 2021 were devoted to preparing and launching this long-awaited website upgrade. Leading up to this project, Karasinski spent three months training, researching and developing within the new framework, and making a site prototype.

However, once the project launched, Karasinski couldn’t build all 34 sites as a batch since the content on the existing live websites would require updates before all the sites were switched over to Kentico 13. As a result, the work was spaced into two-week sprints to prevent the content from shifting and getting out of date. For each sprint, the development team built two new sites, which included porting all the code and content from the old version of each site and ensuring everything was working.

In addition to the work completed by Karasinski and the development team, a team of content managers and a senior designer played a vital role by providing quality assurance for each site before it launched. They’d go into the site’s content management system and compare the site to the previous version and ensure the functionality was the same. 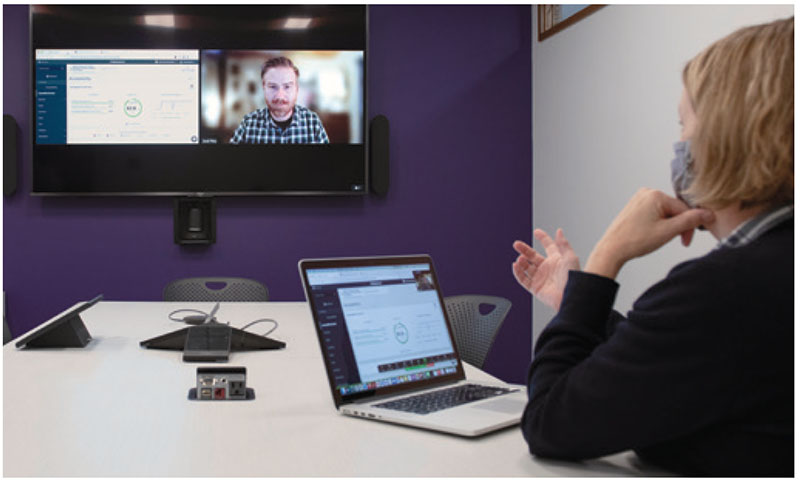 “The biggest challenge was the volume of sites for the small team we had doing this work behind the scenes,” says Joel Pitts, a senior designer at UW Continuum College. Besides looking for issues on the front end of the site, Pitts spent a considerable amount of time looking at UI elements, recoding images and checking for accessibility issues to help set up UW Continuum College’s sites for the future.

“Improving the accessibility of our sites became a priority about the same time as we started doing this transfer work,” Pitts explains. “So, I started optimizing images and checking for alt text on images since I’m in our content management system already.”

On average, it took 10 business days to complete each site from build to launch, with more complex sites taking more time. “It was definitely a team effort, and we became a well-oiled machine by the end,” says Mary Janisch, assistant director of web content strategy and marketing at UW Continuum College. “It did also give us a chance to look under the hood and fix some content since we were going through each site page by page.”

Since UW Continuum College rebuilt the site from scratch, it’s also been possible to remove inefficient code and make sites a bit leaner. “Using website optimization tools such as Siteimprove and Google Lighthouse showed where some of the big red flags for accessibility and page performance were and we were able to address those,” explains Karasinski. “Making the sites efficient, more usable and inclusive to all students was a byproduct of upgrading.”

It’s setting us up so that for the next 10 years, we can upgrade and support our sites as well as capitalize on new features.

While the upgrade to Kentico 13 didn’t change the look and feel of UW Continuum College’s sites, most people will notice a difference in speed because .NET Core is a much more responsive framework. According to Google Lighthouse, Continuum’s sites have increased their speed by about 10% on average, with one site even experiencing a 37% increase.

“Better markup, better accessibility and faster response, all of those things improve the student experience,” says Karasinski. “When people do visit your site, they're more likely to stay, especially when there’s a good mobile experience.”

The project was a big undertaking, but Karasinski sees it as imperative to UW Continuum College’s future success. “It’s setting us up so that for the next 10 years, we can upgrade and support our sites as well as capitalize on new features,” he says.

Since the project began, Kentico has already come out with three refreshes to the new version. Each one offers new features that, once launched, will enable UW Continuum College experts to support students.

There’s an improved search that allows students to navigate sites more easily. And there’s a sentiment analysis on contact forms that provides the ability to use artificial intelligence to determine whether a user is frustrated or happy when they submit a form.

“Kentico’s products are evolving. We can take those incremental changes, put them into our site and take advantage of them,” Karasinski says. “We’re always adding new features; it’s one way we provide value.”